Who am I when I’m not writing? 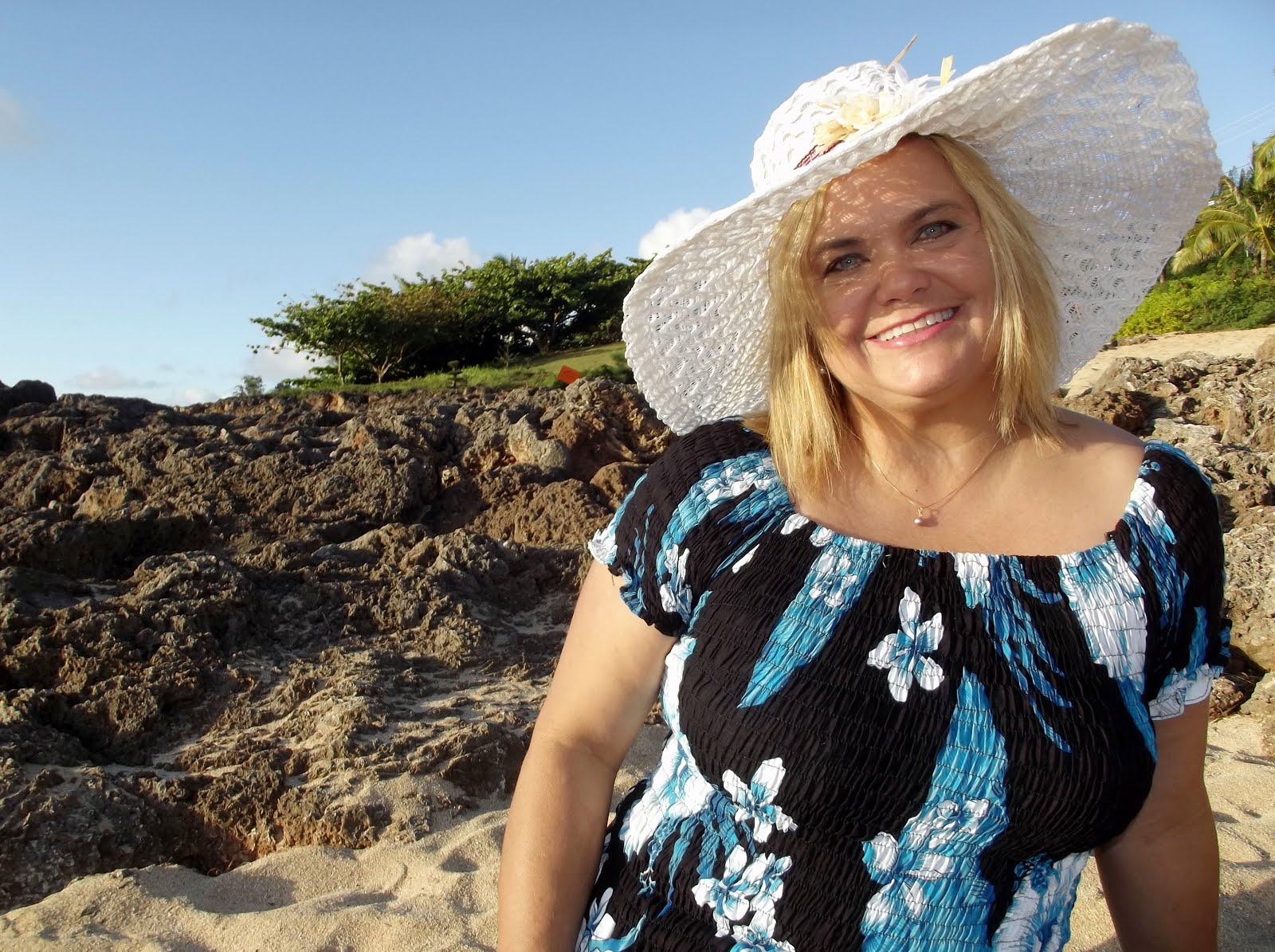 K-Trina Meador is an aircraft quality control inspector. She started her aviation career by attending a technical school in Texas, where she received her Associate Degree in Applied Science: Aviation Maintenance. Several years later, K-Trina returned to college and earned her Bachelor’s Degree in Business Management and her FCC license. Contracting jobs found K-Trina employed in Texas, Georgia, South Carolina, and Hawaii before moving to Oklahoma City.

In addition to being an Aircraft Inspector, K-Trina also lives on twenty acres in a small town in Oklahoma. Five cats and one dog have adopted her after being abandoned at her home. All six four-legged critters bring her joy and happiness.

Raised on a seventy-acre farm brought opportunities K-Trina otherwise would not have had. Working with the family business, she started installing and cleaning carpets when she was nine-years-old. She was driving a tractor years before attaining her driver’s permit. Her first vehicle, a 1961 Chevy 4 X 4, is being refurbished to its former glory.

All types of animals inhabited the farmstead of her youth, and with four stock tanks, fishing and swimming were a regular past time. K-Trina’s responsibilities included taking care of cattle, a twenty-year-old barrel racer horse named Girly, and an orphaned calf named Thanny. Over the years, there were geese, peacocks, ducks, rabbits, chickens, roosters, and numerous cats and dogs. In addition to the fun times, K-Trina and her siblings had to watch out for the coyotes, panthers, wild hogs, rattlesnakes, copperheads, and bull snakes.

All through Junior High and High School, K-Trina was active in sports and excelled in basketball. In addition to sports, K-Trina also participated in the local 4H and, then, FFA, where she showed both rabbits and sheep.

Even though K-Trina has always enjoyed writing, her first writing success occurred as a junior during the “say no to drugs” campaign. K-Trina submitted a story called No Way Out and won first place, along with a fifteen-dollar check. No Way Out was born out of sheer panic of forgetting the assignment and quickly written within forty-five minutes.

K-Trina was asked once when she found the time to write. Balancing family and career is tricky. It seems inspiration comes at the wrong time too. She has scribbled on napkins, on a spiral notebook she keeps in her truck, or wakes up in the middle of the night to record her dream before it slips away.

A reader asked: What about writer’s block? Writer’s block is something every author experiences, but the key is to keep working through the scene. Sometimes she discusses the scene with another person, and before the conversation ends, she would have a direction to go in.

She loves to hear from her readers, so please use sign up for her newsletter or use the contact form to send her a message.

K-Trina on her tractor at Timberland forest 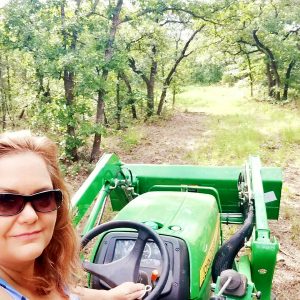 K-Trina doing a leak check with the aircraft engine running. 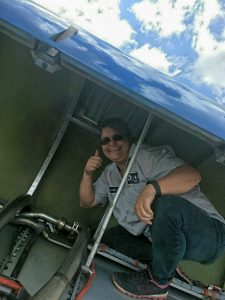 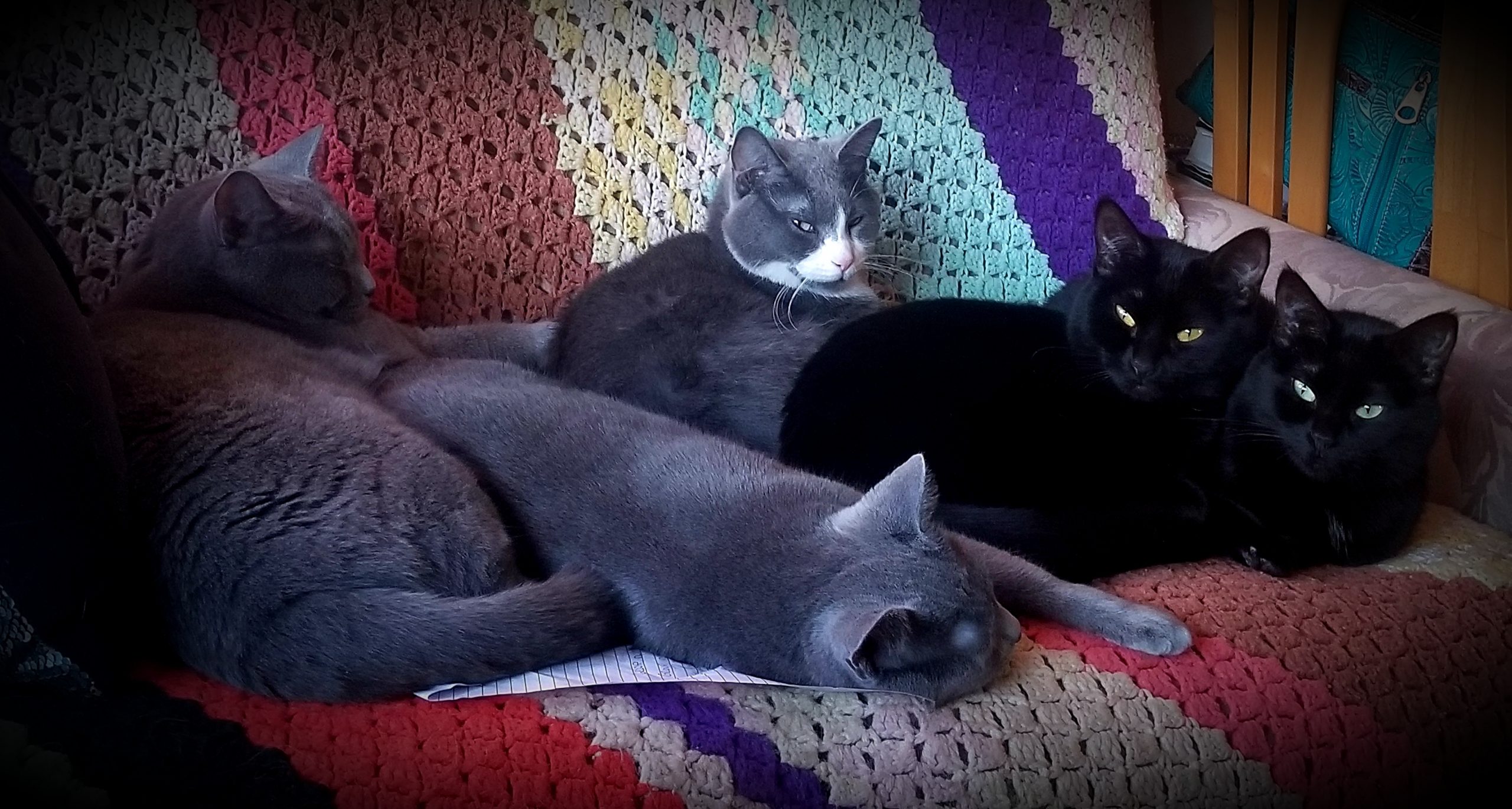