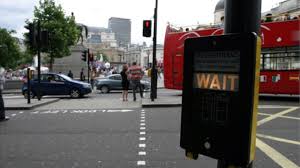 The choice sealed her fate. When she faced herself for who she was, when she found the courage to stand up for herself, that moment cost her dearly. This is her story.

She approached the building with hesitant steps. She checked the address written down against the numbers on the building. She had the right place. She stood on the sidewalk oblivious to those around her scurrying from place-to-place, and they were oblivious to the young girl staring at the building.

She shuddered and took a breath as she saw her reflection in the mirrored walls of the building. The wind picked up and blew her long hair into her face. Her face, once pretty, was now devoid of emotion, was pale, and was not so pretty anymore. She should know, he told her often enough.

He watched her stand there and thought she would not go in. He had to make sure she was taken care of properly. He had his chance, but it was her decision. He hoped she would go in. He dominated her and knew finding another to take her place would be difficult for she was eager to please and cause little trouble – ’till now. He breathed a sigh of relief as she walked forward and strode through the doors. He crossed the street, waiting for her return. It would be hours, but he was a patient man. He lit a cigarette, breathed deeply, and exhaled.

She squinted in the fluorescent lights that were too bright for the place she thought of was like a tomb. The lobby was furnished nicely with plush carpet, deep couches, art décor, but the trappings were just that and nothing more.

She approached the woman behind the front desk and realized she was on the phone and typing systematically. She turned away and walked to the art. Such beauty found in this place was wrong, just plain wrong, she thought.

She stared at the painting, yet she began to see past the canvas and into the reflection it was sending out. She lifted a hand to her hair, which was long and stringy. Once, it was shiny and kept. She touched her face that was void of makeup and remembered a time when she was pretty. The too baggy clothes, the ugly brown clogs he made her wear made her feel ugly and unkempt.

When had she allowed him to do this to her? Why did she let him? Her hand dropped from her face to her stomach. He was making her do this too.

The room was quiet. The woman hung up the phone and called to her, but she ignored her. An inner battle warred within herself. She could walk right out those doors, keep her baby, and return to her family. She could make that collect call, which her parents would be overjoyed to accept. She could, couldn’t she?

She heard the woman call her again, and she remained still, staring at the girl in the reflection. With her decision made and before she could change her mind, she left the building.

He could not believe what he was seeing. Not ten minutes after being there, she had walked out. He was beyond anger. She defied him. She could not get away with that. He moved up behind her. He watched the traffic. He raised his hand to her back without touching her. The timing was everything. He pushed. Perfect.

She saw the driver’s eyes grow wide, his mouth formed in a scream, the brakes screeched, the horn blared, but she knew it was of no use. Her body impacted with steel; she tumbled off of it as the car stopped, and she hit the pavement.

She heard people shouting and crying. Distant, sirens screamed. A police officer, who was on horse patrol nearby arrived and knelt beside her as she opened her eyes, pointed at him and whispered his name.

No way, he thought to himself, she did not just do that. He turned and walked quickly away. A glance backward showed the police officer talking into his radio. He locked eyes with a pedestarian who saw the exchange. He ran from the guy but the guy was fast and tackled him.