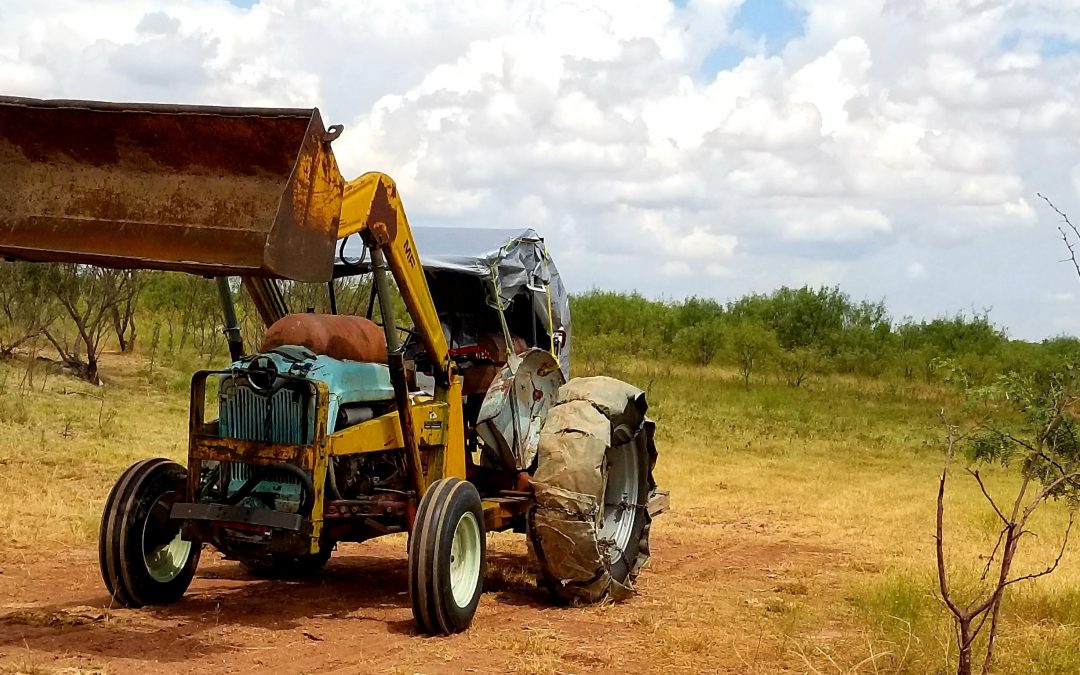 As a child, I had seventy acres of land ready for daily exploration and adventures. Only after becoming an adult did I realize the differences between country and city living. Often the stories of my childhood become an enamored interest to others. Here is one such story.

By the age of ten, I knew how to drive the old Ford tractor with its stick shift proficiently. Also, it had no power steering, no covering for shade, and a rough gait as it bounced roughly on the dirt.

Frequently, I drove this tractor from home to my grandparents, which is a thirty-mile trip consisting of ten miles on a dirt road and the rest on paved. Mom and Dad would wait for about two hours before they left the house, and they would catch up to me before I reached my grandparents’ home. Those were good times.

Back on the farm, it was the season of baling hay. That was the year my father decided to change from square to round bales. It didn’t take long before a customer bought three bales, but he had to come back on another day with his trailer. Unfortunately, the day he came back, our father was not home, and the man was angry about not being able to load his hay.

I watched the man get on Old Blue but couldn’t figure out how to start it.
At eleven years of age, I placed my hands on my hips, tilted my head towards the farmer, and told him, “If you get down, I will load the hay for you.”

In a huff, the farmer got off the tractor. I then loaded the hay on the trailer for him like an expert.

Moral of this story: Don’t underestimate the power of teaching children to do things and giving them the confidence to say so.

(The tractor pictured, picture taken in 1999, is the same tractor I drove many, many years ago. Back then, it didn’t have the cover. It still doesn’t have power steering.)