A girl with her dog story: A Trip to Home Depot 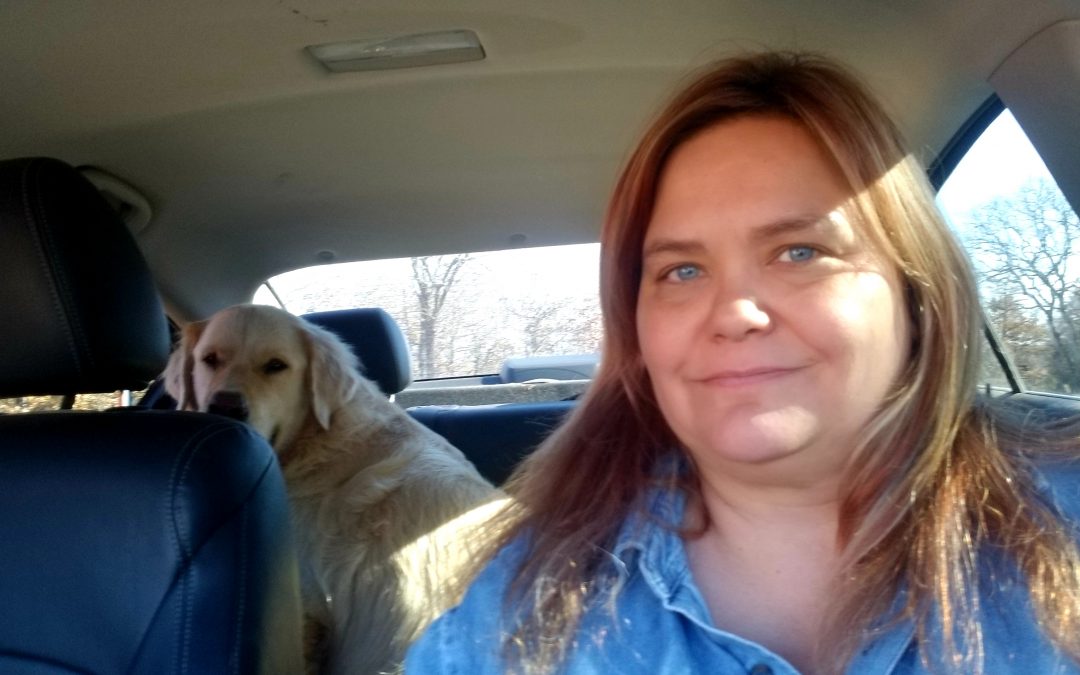 Once upon a time, there was a woman who lived in the country. In the year of 2017 and the unusually warm month of October, she was doing last-minute farming before the cold front hit. When she looked up, a dog sat on his haunches staring at her. She turned the tractor off, crossed her arms over the steering wheel as the two regarded each other. After a couple of minutes, the dog ran to her side and thus started a brand-new relationship. Although he enjoys running through the woods, he always comes home to her. Falkor is his name…. Today is a beautiful spring day. I spent the day working on my shed when I realized I needed more wood. Now, a trip to Home Depot means taking Falkor with me. Road trip! When I called to him, he lay underneath a utility trailer, and as big as he is, I am surprised he isn’t stuck! Anyway, after struggling to get out from underneath, he runs over and jumps in the backseat of the truck. Now, I being the conscientious fur-mama, rolled the windows down in the truck. We all know dogs like to put their head out the window and lag their tongues. Well, Murphy’s Law proved me wrong. He laid in the backseat the whole way there, not once showing any interest in the open window. At Home Depot, many people petted him and remarked on what a well-behaved dog is. He wagged his tail and sat on command. But I found it interesting that when we stood still, he pressed against my legs. I wonder, was it his protective nature, or did he want to make sure he wasn’t abandoned again? I may never know, but I sure love this dog, and it makes me angry someone left him to survive on his own. Until next time, K-Trina and Falkor